Internship activity for students is part of a job training which is usually carried out by final year students. Students can practice the knowledge and skills they have learned during college as well as gain new knowledge from the internship. So, students will gain experience which will then be a provision to live the real world of work. The department of Soil Science, Faculty of Agriculture, Universitas Sebelas Maret, Surakarta, has sent many students to take part in internships, even outside Java.

Click 'LEARN MORE' for Information about internships from various sources 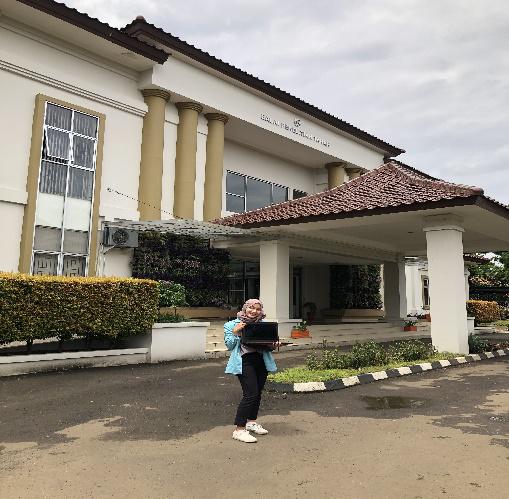 Through internship activities, we also expected to be able to train sensitivity in identifying problems and finding alternative solutions through a cross-disciplinary approach in order to improve their intellectual abilities. Internship activities are also directed as a means for building collaboration between campuses and the business world in the agricultural sector. A place that is used as an internship is not only focused on a type of research/observation, but there are many types of branches that students can choose who feel they can participate in helping in the internship, as in the picture below the 2020 internship period which is also located at the institution Bogor Soil Research Institute, West Java, which is located at Jl. Student Army No. 12 Bogor West Java 16114 Indonesia. 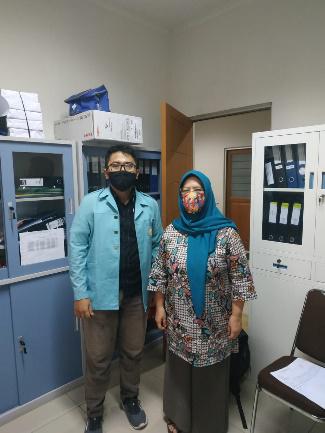 Based on the photo above, one of the 2018 soil science students, M. Iqbal Firmansyah, completed his internship for about two months. The activity carried out by him is to conduct an assessment of the ability of seaweed biostimulants to stimulate plant growth and increase soil microbial activity.

Above photo is the 2019 internship period, one of the 2016 soil science students was doing an internship at the PT Petrokimia Gresik agency which is located at Jl. Noto Prayitno No.19, Karangturi, Gresik, East Java, Indonesia. The company PT Petrokimia Gresik is one of the fertilizer producers who received a mandate from the government to participate in meeting the national fertilizer needs in order to realize national food sovereignty and independence. Initially, the construction project of a fertilizer factory in Gresik - East Java was carried out by the Government in 1964. The activity was carried out in January - February 2019, such as classifying garden soil, cultivating plants without soil, crushing the results of composting, and coloring fertilizer. 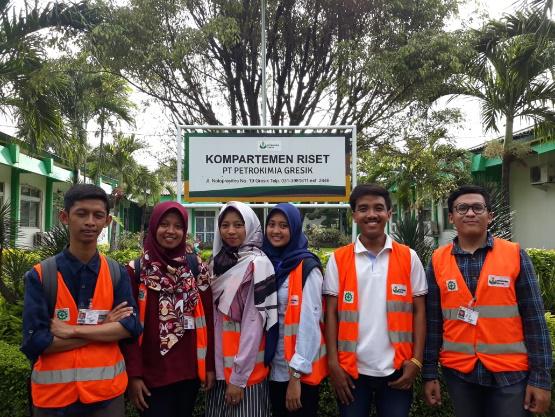 Above is the photo of internship period in 2018. One of the 15th batch science students had an internship opportunity at PT. Kitadin, which is located in Embalut Village, Tenggarong Seberang District, Kutai Kertanegara Regency, East Kalimantan Province, especially in the QSE (Quality, Safety and Environment) Department. Some of the main issues in the QSE department include preparing seeds, directly observing the land reclamation process, directly observing the coal mining process in various open pits and going to the crusher until it is ready to be transported by barge. In addition, water quality control is also carried out by checking pH, TSS, Mn and Fe transported in water reservoirs before heading to irrigation canals.

Based on the photo above, the internship activities carried out by UNS soil science students are not only domestic, but also abroad. One of the 17th batch students had an internship opportunity at Gifu University, Japan. She has laboratory activity, namely analyzing the number of soil contaminants in the form of lead contained in soil particles by calculating their specific gravity. Soil samples were taken from a former shooting range that had been closed by the Japanese government. The land is located in Tajimi City, Gifu Prefecture, Japan. Opened in 1982 and operated until 2005. In 2001, the levels of lead detected in the field exceeded the safe limits for the environment. On that basis the government closed the shooting range.